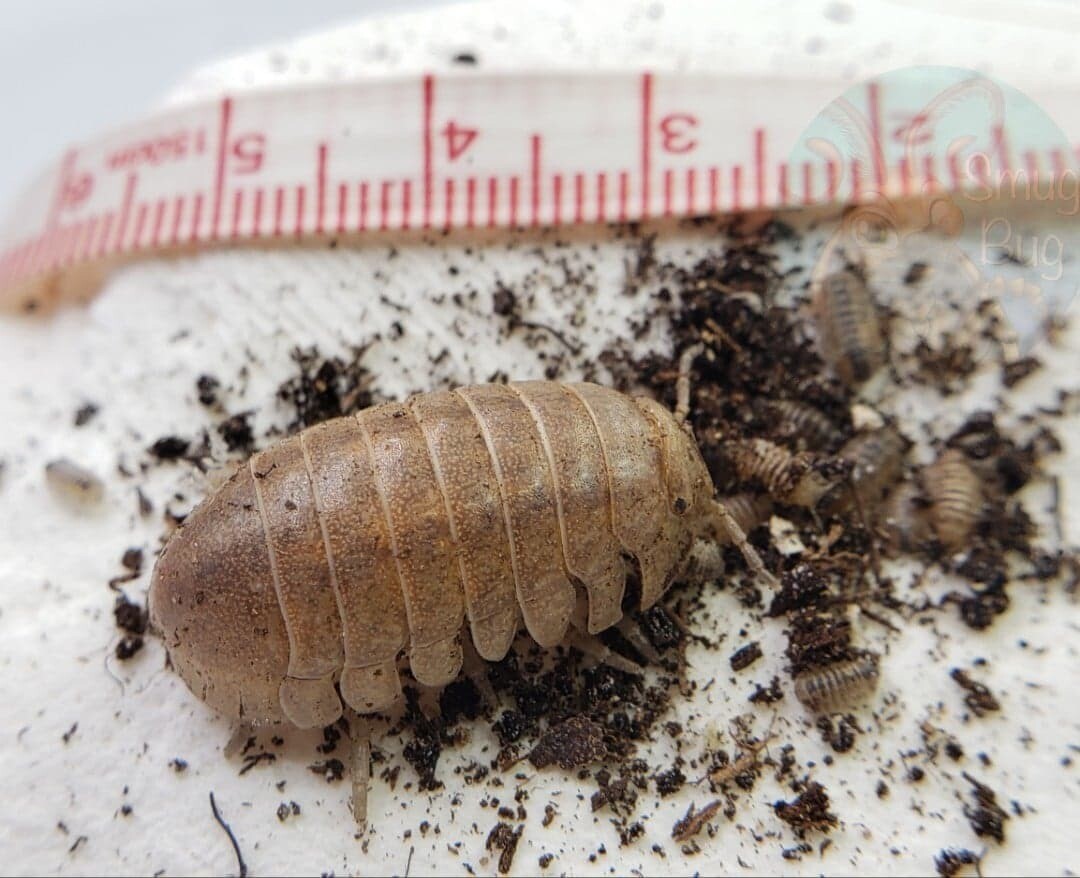 Helleria brevicornis is a very unique isopod: they are the only member of their genus, the largest terrestrial rolling isopod, and the closest terrestrial relative of the giant marine isopods. They are ecspecially unique in their reproductive behavior as well; most noteably that a female only produces a single litter in her lifetime. Because of this, male Helleria are often observed preforming what is called the "nupital ride" where a male will mount and remain on top of an ovulating female for up to a month to ensure he is the only father of her brood. Female Helleria make a burrow for their offspring and line it with food sources; after giving birth the egg-like mancae remain between her legs until their first successful molt. She will continue to care for them for their first few weeks of life.

Cultures of Helleria sent out are smaller than cultures we typically pick; we want to make sure that animals sent out have not yet birthed. Females can birth their first brood as young as 30% growth so very young juveniles are packed.