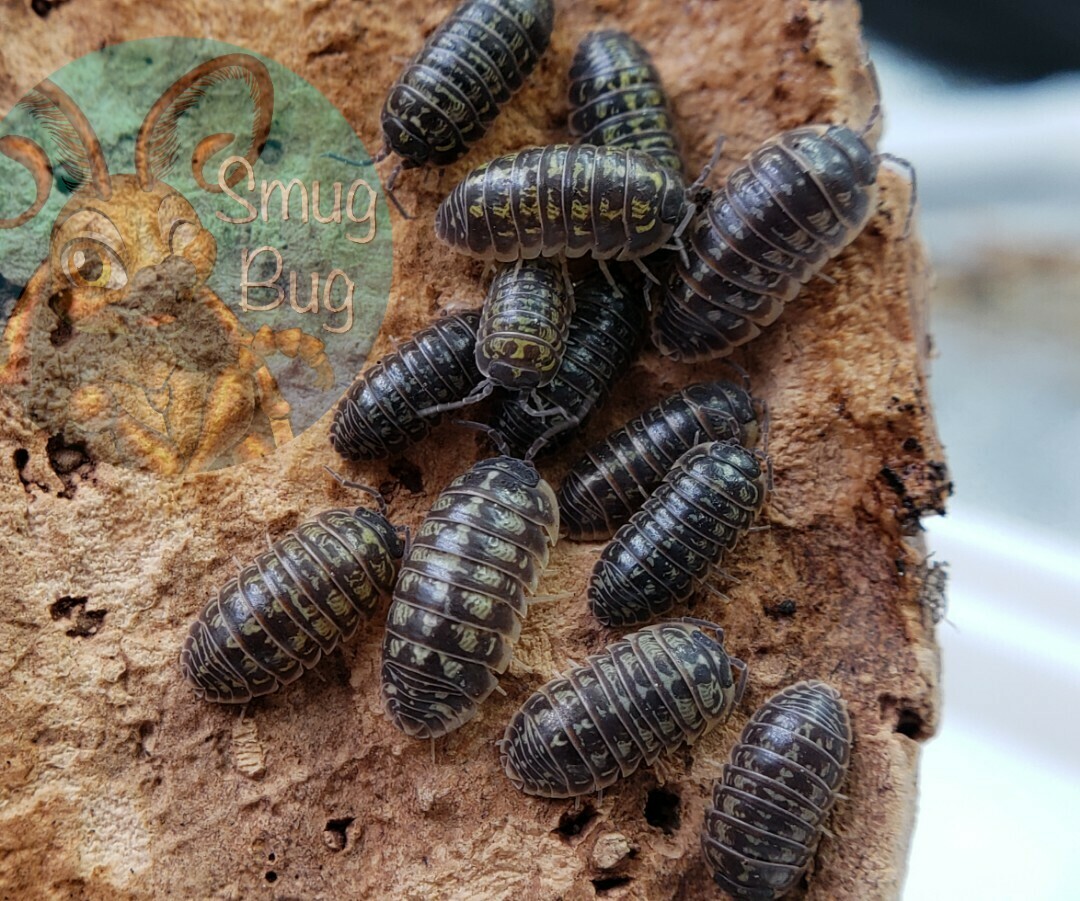 Versicolor is known for the saturated splotches of coloration along its body, and each segment usually is highlighted with a bit of red at the end. They're quite a beautiful isopod, which makes it unfortunate they are so small. The common name for versicolor is "varigated pill isopod". The color and patterning varies depending on what location these animals were collected, which is why the locale is denoted. Versicolor is distributed throughout central Europe and does not appear to be found in coastal countries. This particular culture was originally collected from Poland.